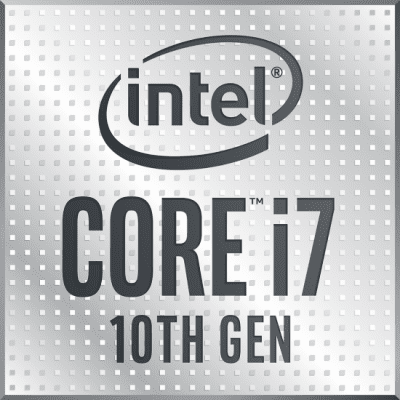 The i7-1065G7 by Intel is a part of its 10th Generation Ice lake lineup and can be found in upper mid-range and high-end laptops. It is powered by 4 sunny cove cores with 4 threads with a base clock of 1.3 GHz and 3.9 GHz. The i7-1065G7 is based on the 10 nanometers architecture this allows the i7-1065G7 to draw less power and yield higher IPC (instructions per cycle) compared to its 8th generation counterparts (i7 8550U and i3 8565U). The higher IPC allows the ice lake CPUs to yield 18 percent more performance at the same clock speeds. The TDP of this Chip is specified by intel to be at 15 Watts but can vary anywhere from 13 to 25 watts. It also has support for new faster system memory of up to 3200 MHz DDR4 memory and 3733 MHz of LPDDDR4 memory though this feature has practically no impact on its performance. Other features include Deep Learning Boost technology by intel for faster AI-based computing and the integration of WiFi 6 and Thunderbolt.

The Intel Core i7-1065G7 when it comes to real-world performance is a lot better than its 8th generation counterparts. Not only the i7-1065G7 can easily handle your day-to-day tasks such as Browsing, Streaming, and using office productivity software but can also tackle more CPU-intensive tasks such as video editing, photo editing, and CAD applications.

Even with its higher clock speeds, the i7-10510U is slightly slower when compared with its 10 Nm counterpart the i7-1065G7 thanks to its 10 Nm processor. According to benchmarks, the i7-1065G7 CPU should give you about 4-6 percent better performance overall.

This Score measures as the name suggests performance for tasks that only utilize single-core performance such that being responsiveness of the software under active workloads.

This Score can be used as a metric for active use which is the responsiveness of the application.

The GeekBench Single-core score can be used to estimate the real-world performance of a CPU under professional workloads such as data compression, 2d/3d rendering, machine learning, and physics simulation(CAD applications).

The multicore score of cinibench R20 measures the CPU’s ability to handle tasks such as rendering, encoding, and other workloads that benefit from better multi-threaded performance.

Can be used as a metric for multi-threaded workloads such as rendering and encoding.

Blender is one of the most popular software for 3D modeling, animation, simulation, rendering, motion tracking, video editing, and 2D animation. Fortunately, blender has its own benchmark. Less is better*