amazon.co.uk
£599.99
See it
*Disclaimer: The price & specification of the given product may differ from the actual product. Please confirm on the retailer's website before buying. 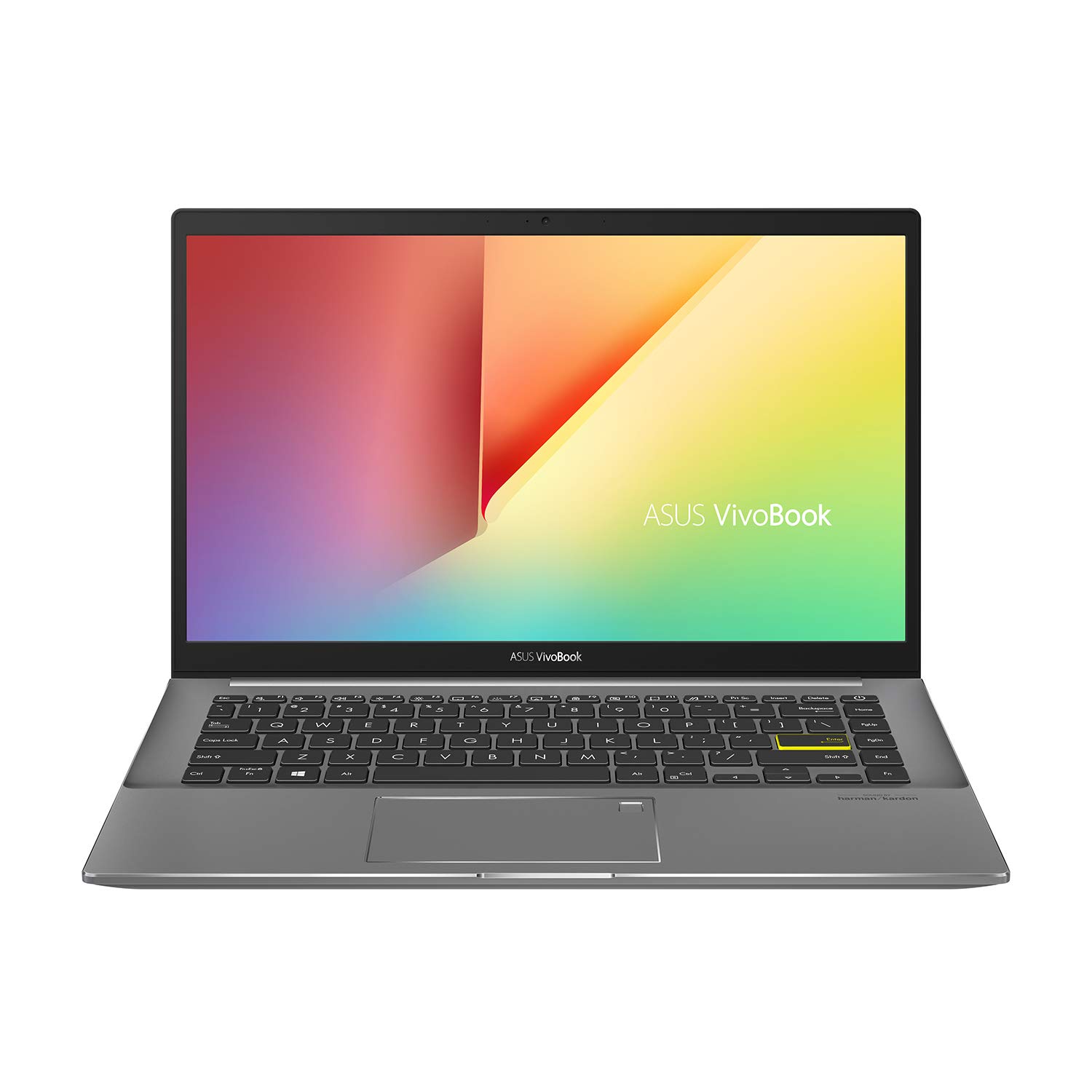 The Asus Vivobook m433ia-eb509t is powered by the AMD Ryzen 5 4500U and AMD Vega 6 Graphics. Other key specs include 8GB RAM and 512GB SSD. The Display here is a 14 Inch FHD Panel. Considering its relatively thin profile this laptop has decent performance and is capable of handling most editing workloads with a little room for entry-level gaming. 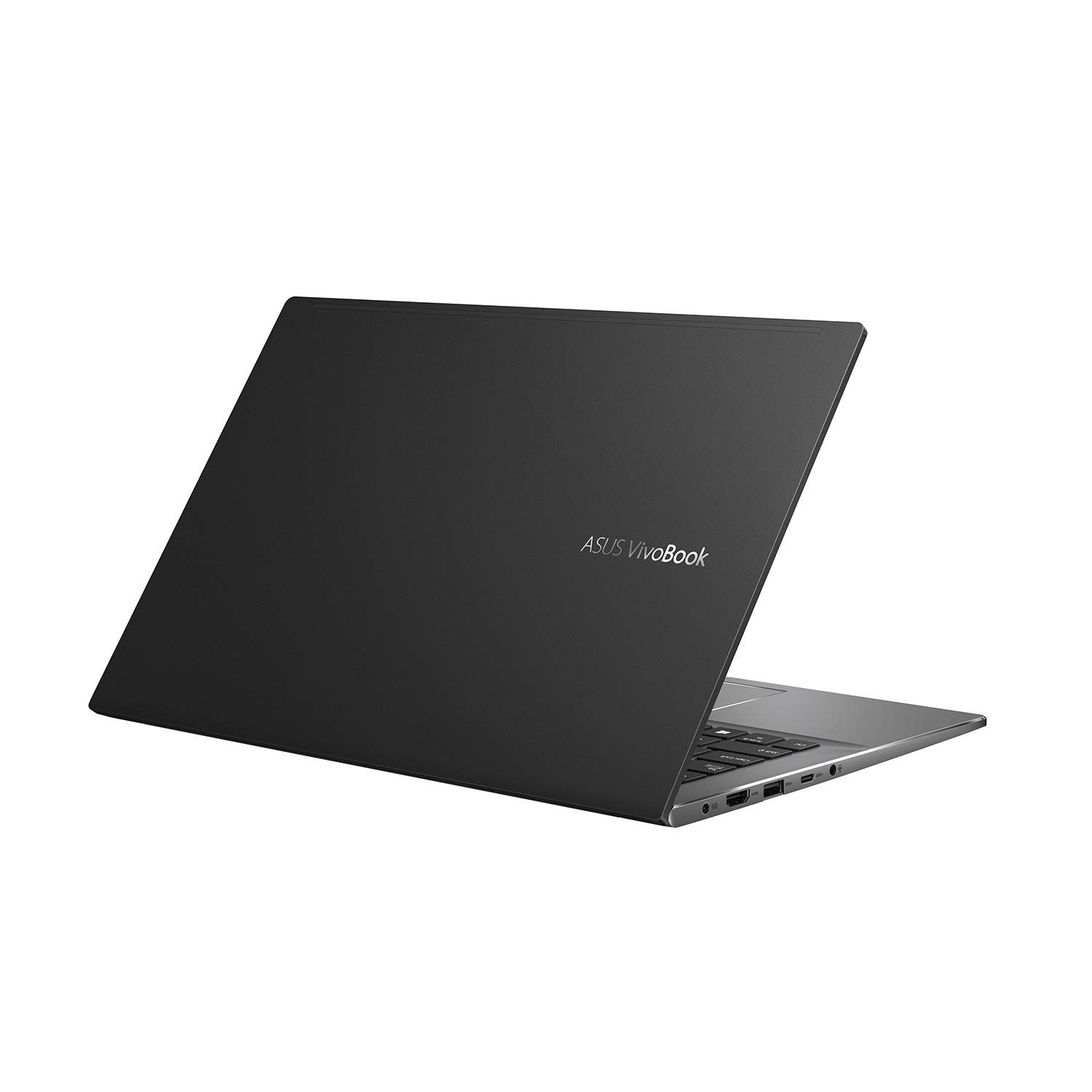 The chassis of the Asus Vivobook m433ia-eb509t is made out of plastic but it looks metallic and gives an impression of a premium device. The hinge upon opening lifts the laptop a little for better thermal performance and typing experience.

The Asus Vivobook m433ia-eb509t has a chicklet style backlit keyboard. The keyspace is perfect however the keys themselves feel a bit soft and lack a bit of a click. The trackpad on the other hand is smooth and precise.

The RAM is a relatively fast 8GB 3200 MHz DDR4 running in dual-channel memory which is soldered onto the motherboard which can be a bit limiting for some people. The Storage, on the other hand, is configured with 512GB Intel 660p PCIe 3.0 x4 NVMe SSD with one m.2 SSD slot available for SSD expansion.

The AMD Ryzen 5 4500U through a mid-range processor. The six cores processor comes with 6 Threads and is based on the Zen 2 architecture. The 4500U has a base clock of 2.3 GHz and the clock speed can be turbo boosted to up to 4 GHz. When compared to its previous generation the 4500U is almost 2 times faster and is slightly faster than the 10th Gen Intel Core i7 1065G7.

The AMD Radeon RX Vega 6 is based on the 5th Gen Vega architecture and 7 nm manufacturing process. Performance of the Vega 6 Graphics depends on a number of factors such as the configured TDP (12-25 Watts), Clock Speed, Cooling Solution, and RAM configuration. The integrated GPU greatly benefits from fast dual-channel memory. The AMD Radeon RX Vega 6 (Ryzen 4000 series) graphics are almost 20 percent faster than the last-gen Vega 8 (2000/3000 series). When compared to its Nvidia counterparts the Vega 6 scales above the Mx230 and comes close to Mx150 and Mx330 in terms of performance.

The FHD panel on the Asus Vivobook m433ia-eb509t has a 60Hz refresh rate. The display here has one key issue that is  PWM flickering under 20 percent brightness which could lead to problems for some users with sensitive eyes. With an average color coverage and below-average brightness and it is not suitable for outdoor use.

According to Asus, the Vivobook m433ia-eb509t should achieve about 12 hours under mixed usage.  The power adapter here has a power supply of 45 Watt and with its fast charging, it should be able to achieve 60% charge in 49 minutes.

How is the Asus Vivobook m433ia-eb509t for Gaming?

The AMD Vega 6 Graphics (4000 Series) should be able to handle most modern games that are not very graphic demanding such as League of Legends, Dota 2, Minecraft, CS: GO, GTA 5, and Fortnite. But consider this it only has 12 percent of the benchmark performance when compared with industry-leading AMD Radeon RX 6800 XT. Asus TUF Gaming A17 FA706IH-AU016T (17.3 Inch 120Hz FHD/AMD Ryzen 5 4600H/8GB RAM/512GB SSD/Windows 10 Home/Nvidia GTX 1650 4GB Graphics)
Compare
We use cookies on our website to give you the most relevant experience by remembering your preferences and repeat visits. By clicking “Accept All”, you consent to the use of ALL the cookies. However, you may visit "Cookie Settings" to provide a controlled consent.
Cookie SettingsAccept All
Manage consent