Amazon.de
€232.44
See it
Last Amazon price update was: August 10, 2022 10:51 PM
× Product prices and availability are accurate as of the date/time indicated and are subject to change. Any price and availability information displayed on Amazon.com (Amazon.in, Amazon.co.uk, Amazon.de, etc) at the time of purchase will apply to the purchase of this product.

In terms of performance, 5600G absolutely destroys its intel counterparts with up to 30-40% higher performance when compared to its Intel counters (i5-10600). The “G” over here indicates the following CPU comes integrated with graphics. AMD recently AMD Ryzen 5 5600G is more than enough for your day-to-day tasks such as Browsing, Streaming, and using office productivity applications with plenty of room for multitasking. Now, if your day-to-day workflow involves using video editing, photo editing, and 3D applications the 6 core AMD Ryzen 5 5600G is a very capable processor and should easily be able to handle such workloads.

The AMD Ryzen 5 5600G is powered by the Vega 7 Graphics which has a performance comparable to that of Nvidia Mx250 with 2GB of graphics memory and slightly below Vega 8 graphics and is capable of gaming at the medium setting with decent frame rates. That being said performance of the Vega 7 Graphics depends on a number of factors such as the configured TDP (12-25 Watts), Clock Speed, Cooling Solution, and RAM configuration. 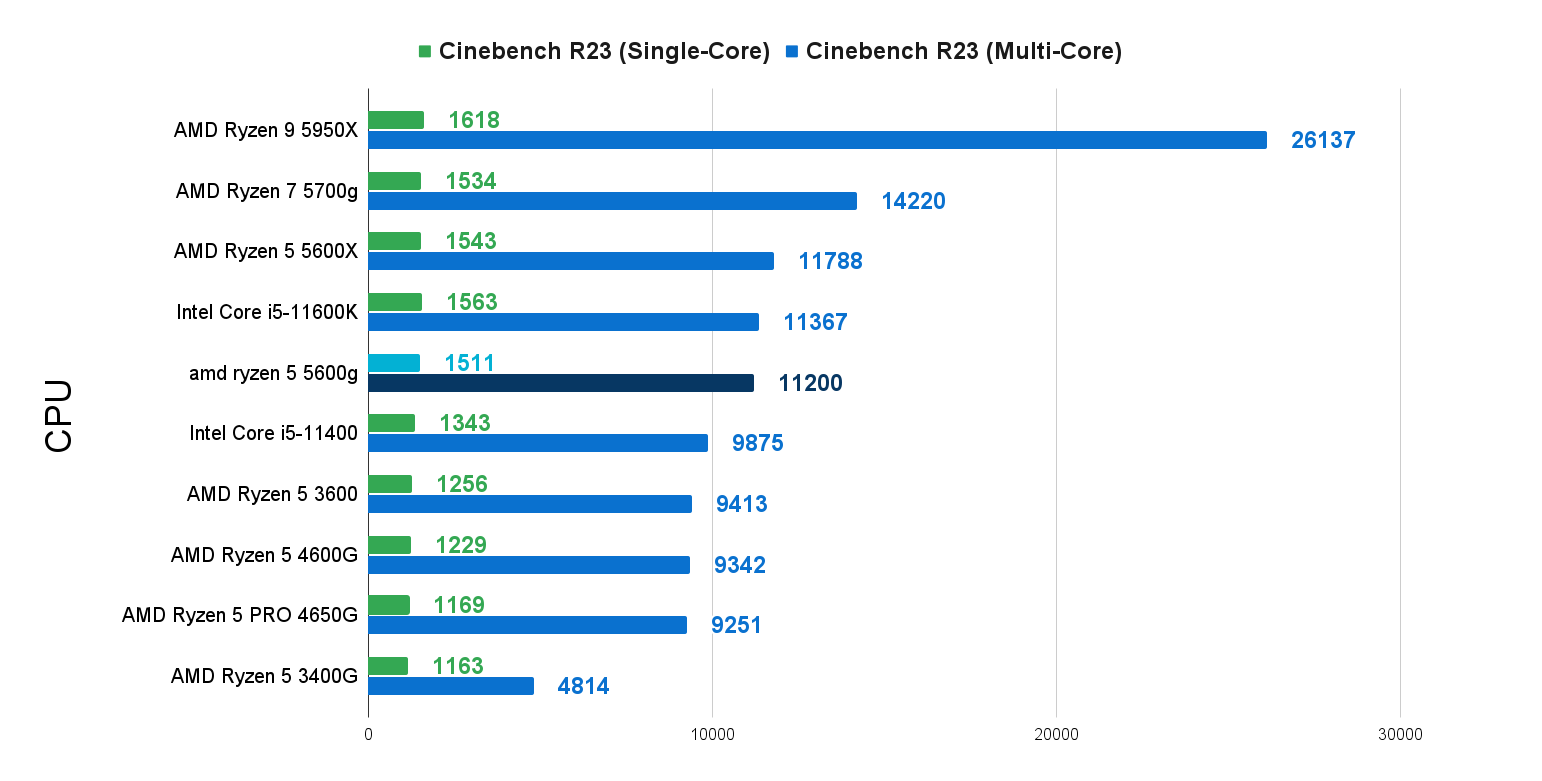