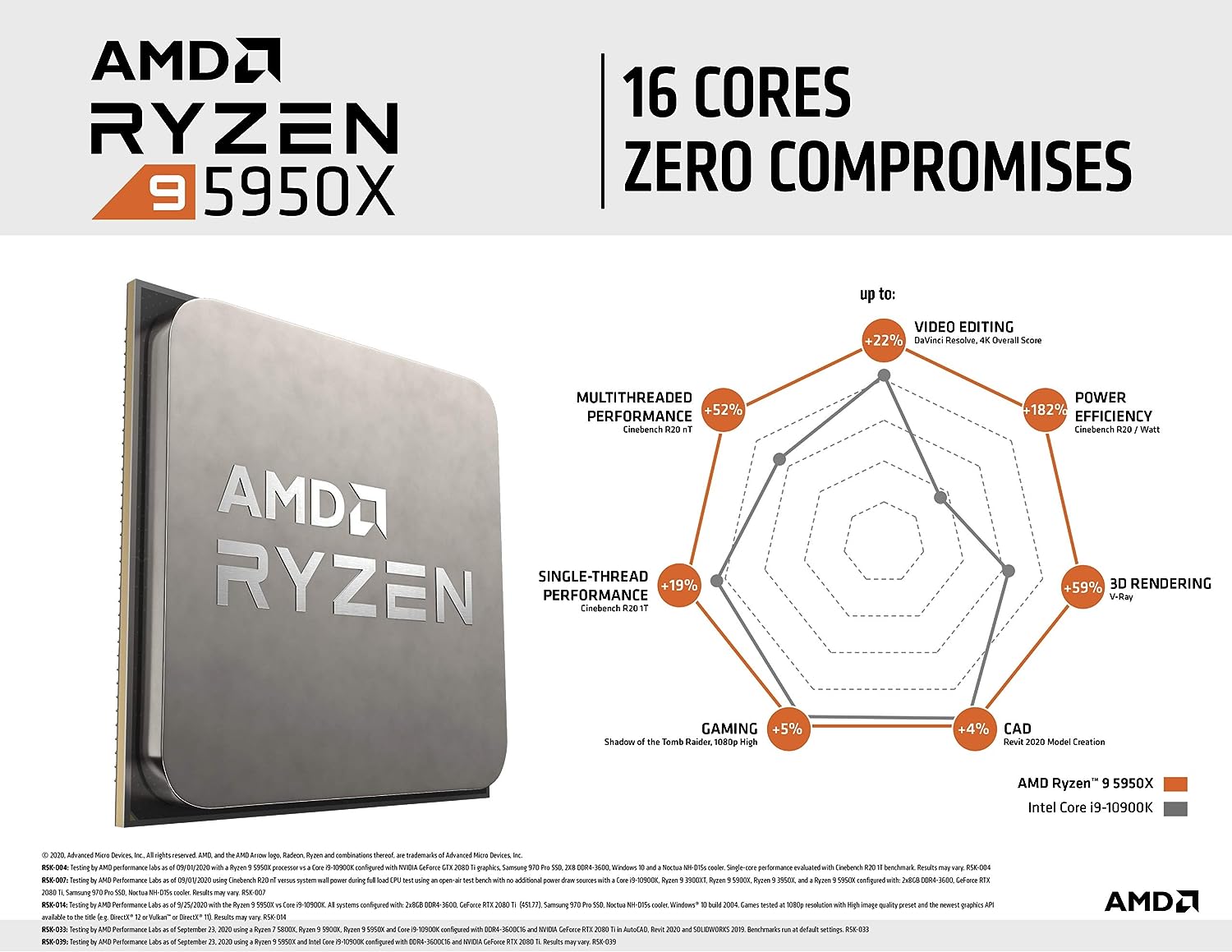 Targeted towards the high-end desktop market the AMD Ryzen 9 5950X absolutely dominates its competition. The 16 Core AMD Flagship this time destroys intel in productivity-based workloads and beats intel at gaming, making it the best processor for content creators and gamers. With video games showing an average of 22 percent IPC gains and while in the apps department a 12 percent increment. Tough this can change depending on the application with a 21 percent gain in applications such as Adobe Photoshop, but as little as 5% as seen in Blender.

AMD Ryzen 9 5950X by AMD is a part of its 5000 Series Vermeer lineup for high-end desktops. It is powered by 16 Zen 3 cores with 32 threads with a base clock of 3.4 GHz and 4.9 GHz. The TDP of this Chip is specified by AMD to be at 105 Watts. It also has support for new faster system memory of up to 4000 MHz DDR4 RAM with quad-channel support. AMD Ryzen 9 5950X has an AM4 socket and is compatible even with mainstream motherboards, such as the AMD B550.

With an IPC increase of 19%, the ryzen 9 5950x sees significant improvement in its gaming performance even beating out the 11th Gen Intel Rocket lake i9 11900K and when it comes to productivity AMD continues to dominate with up to 60% higher performance compared to Intel’s i9-10900K.

Amazon.com
$579.00 5 used from $574.99
See it
Last Amazon price update was: June 19, 2022 7:26 PM
× Product prices and availability are accurate as of the date/time indicated and are subject to change. Any price and availability information displayed on Amazon.com (Amazon.in, Amazon.co.uk, Amazon.de, etc) at the time of purchase will apply to the purchase of this product.