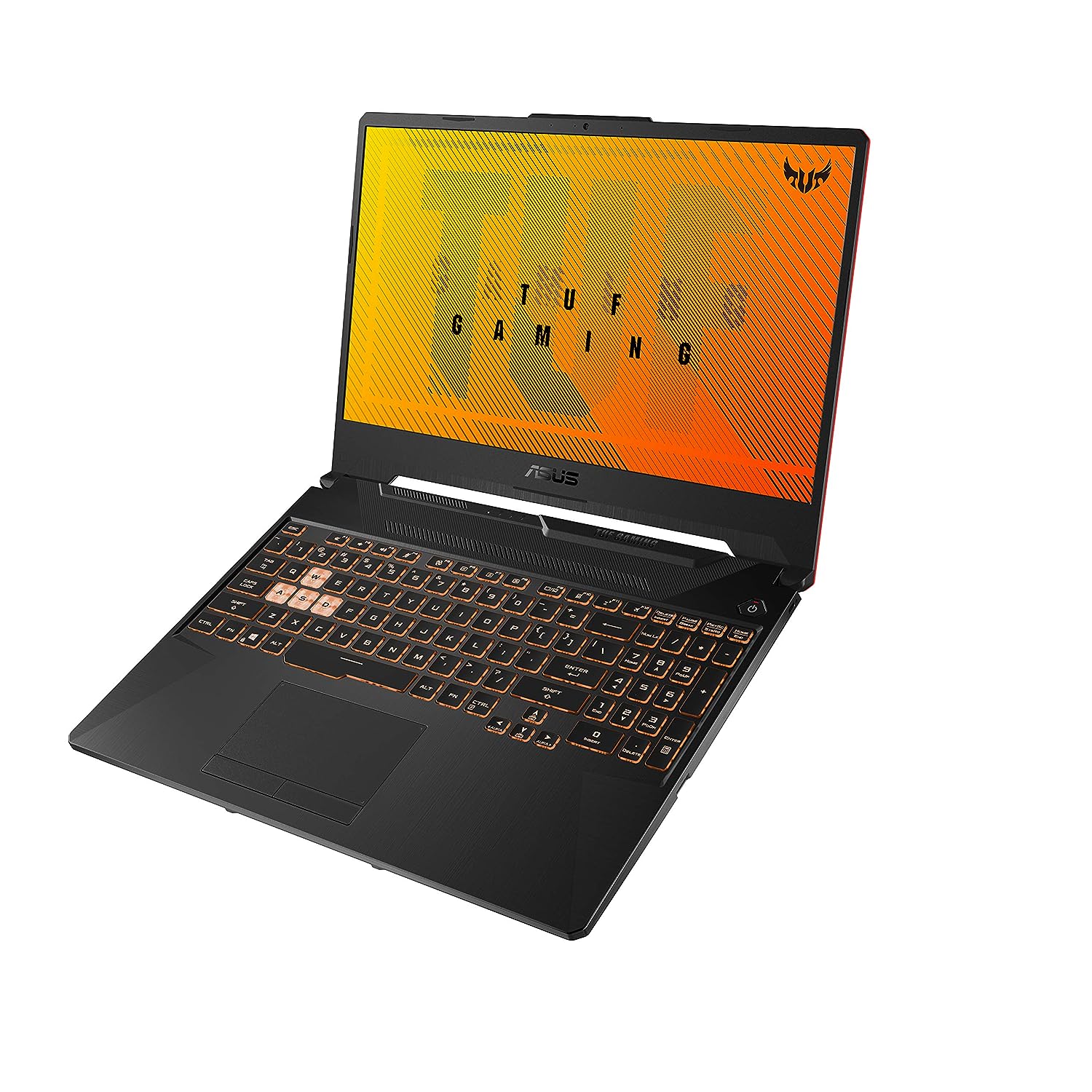 The chassis of the Asus TUF Gaming A15 TUF506IU-ES74 is entirely made out of plastic and has a black textured finish with a single red stripe. The design here is not a beautiful one but it has tuff design except for the lid which wobbles a little. The display maintains a modern design with thin 7mm bezels.  According to Asus, the A15 TUF506IU-ES74 goes through rigorous MIL-STD-810H tests. These tests include Drop, Shake, Humidity, Heat, and Cold.

The Ports selection here is quite basic and has nothing special going for it but at the same time, it has all the essential ports that 95 percent of people need.

The Asus TUF Gaming A15 TUF506IU-ES74  has a chicklet style backlit keyboard. The WASD keys are transparent and get a little extra RGB backlight. The arrow keys are a bit small with the num pad being a little narrow. Overall you will have a good experience while typing and Gaming. The trackpad on the other hand has a smooth matte surface though it lacks a little precision. The dedicated mouse buttons on the bottom quite clicky and tactile and it is always better to have dedicated buttons.

The Asus TUF Gaming A15 TUF506IU-ES74 is powered by the AMD Ryzen 7 4800H which is slightly more powerful than the i7 10750H and is comparable to i9 9980HK in terms of performance. The 4800H with its 7nm manufacturing process and Zen 2 architecture gives its Intel counterparts a really hard time.  The GPU here is an upper midrange GTX 1660Ti with  GB of dedicated graphics memory though it is true that you may not be as powerful as its 20 series RTX counterparts however I don’t think so there is any game that would be unplayable. The 1TB SSD of storage should be enough for an average user however for a power user, fortunately, TUF506IU-ES74 has plenty of options for upgradability.

The Asus TUF Gaming A15 TUF506IU-ES74 gives you a ton of options for upgradability and makes this device relatively future proof.

The FHD panel on the Asus TUF A15 Gaming TUF506IU-ES74 has a 144Hz Refresh rate and doesn’t suffer from and noticeable issues such as backlight bleeding and PWM flickering. The display here has an average color coverage and below-average brightness and suitable for outdoor use.