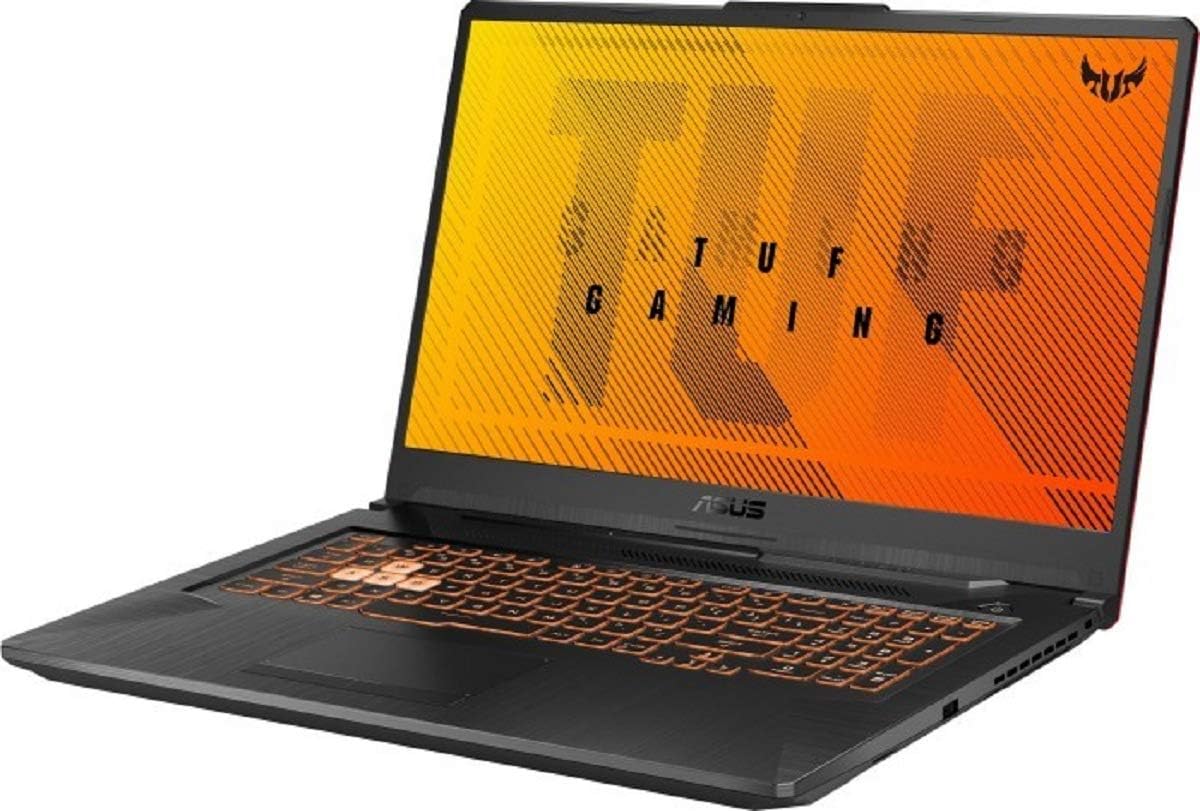 The chassis of the Asus Tuf Gaming F17 FX766LI-H7059TS is entirely made out of plastic with a grey back. The design looks considerably better than last year. It has a tuff design except for the lid which wobbles a little. The display maintains a modern design with thin 7mm bezels. Once you remove the 11 Philips head screws, the bottom panel can be removed. Here you can find the following.

The Asus TUF Gaming F17 FX766LI-H7059TS has a chicklet style backlit keyboard. The WASD keys are transparent and get a little extra RGB backlight. Considering its size Asus could have gone for bigger arrow keys. The trackpad here is also a rather small one (10.9 x 5.9 cm) but it has a smooth matte surface though it lacks a little precision.

The Asus TUF Gaming F17 FX766LI-H7059TS is powered by the 10Th Gen Intel Core i5 10300H which is slightly more powerful than with 9th gen intel core i5 9300H. The 10300H should be able to handle most of your active workloads of Photo and Video editing or any other CPU-intensive task with little to no difficulty. The 8GB of RAM may be a limitation for most some people but you can easily upgrade it. The GTX 1650TI, on the other hand, is an entry-level GPU with limited potential for GPU intensive tasks such as 3D rendering and Gaming. Now compared to the previous GTX 1650Ti is about 10 percent more powerful than GTX 1650 and is about 5 percent slower when compared to GTX 1060.  The 1TB HDD+512GB SSD of storage should be enough for an average user however for a power user, fortunately, Asus TUF Gaming F17 FX766LI-H7059TS  has plenty of options for upgradability.

The FHD panel on the Asus TUF Gaming F17 FX766LI-H7059TS has a 120Hz Refresh rate and doesn’t suffer from and noticeable issues such as backlight bleeding and PWM flickering. The display here has an average color coverage and below-average brightness and suitable for outdoor use.