*Disclaimer: The price & specification of the given product may differ form the actual product. Please confirm on the retailer’s website before buying. 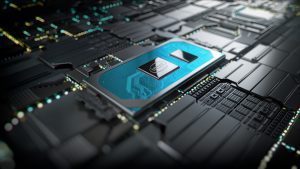 The performance of Intel UHD Graphics G1 depends on a number of factors such as L3 cache size, ram configuration, boost clock speed, and core count of the CPU.

The real performance of the UHD graphics G1 is significantly faster than its predecessor the UHD Graphics 620. In the case of synthetic benchmarks, it is almost 30 percent faster and 20 percent faster in gaming benchmarks.

How is Intel UHD Graphics G1 for Photo Editing

Image editing applications such as photoshop can run with integrated graphics and any workflow that can utilize GPU-acceleration will be at least twice as fast. So, if you are editing on a system with a 1080p display and you are not working with large files the G1 graphics should work smoothly. However, if have a 4k display or you are working with large files you will experience some lag.

How is Intel UHD Graphics G1 for Video Editing

It will work as when it comes to video editing CPU is far more important than GPU. However, when it comes to rendering those videos it will take a really long time and you will have a poor and frustrating experience in some cases.

The Intel UHD G1 Graphics should be able to handle most modern games that are not very graphic demanding such as League of Legends, Dota 2, Minecraft, CS: GO, GTA 5, and Fortnite. But consider this it only has 6 percent of the benchmark performance when compared with industry-leading Nvidia RTX 3090.

Intel Pentium Gold 7505
Compare
We use cookies on our website to give you the most relevant experience by remembering your preferences and repeat visits. By clicking “Accept All”, you consent to the use of ALL the cookies. However, you may visit "Cookie Settings" to provide a controlled consent.
Cookie SettingsAccept All
Manage consent