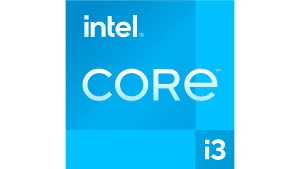 It can easily handle your day-to-day tasks such as Browsing, Streaming, and using office productivity software. However, if your day-to-day workflow involves using video editing, photo editing, and CAD applications we recommend going for either a quad-core Ryzen processor or 8th gen Intel i5 or above. The 10-nanometer process allows the i3-1005G1 to run relatively cooler and consume less power compared to the previous generation.

The 10th Gen Intel Core i3 1005G1 also houses a brand new GPU which is significantly better than the previous-gen UHD 620 Graphics as the Intel UHD Graphics G1 has 32 processing cores versus the 24 cores found on the Intel UHD 620 Graphics. The real performance of the UHD graphics G1 is significantly faster than its predecessor the UHD Graphics 620. In the case of synthetic benchmarks, it is almost 30 percent faster and 20 percent faster in gaming benchmarks. That being said the Intel UHD G1 should be able to do light gaming. We don’t recommend this GPU if you are serious about gaming.

As we can see the 10th Gen Intel Core i3 1005G1 with its Intel UHD Graphics G1 only performs slightly better than its 8th Gen counterparts however falls short of its 11th gen and AMD counterparts.