Add to compare
Add your review
Benchmarks and ReviewCPU
Best deal at:

The Intel Core i5-1035G1 is a power-efficient processor and can be found in mid-range thin and light / 2 in 1 Laptop and can be found. The quad-core processor comes with 8 threads and is on the 10 NanoMeter architecture Ice. The 10th Generation i5 1035G1 has a base clock speed of 1 GHz with single cores it can reach up to 3.6 GHz and 3.2 GHz while utilizing all 4 of its cores. The i5-1035G1 has an L3 cache of 6 MB. Intel states that the new Sunnycove Cores are able to achieve 18% more Instructions per cycle so you can expect greater performance compared to previous generations at the same clock speed. Intel has also specified the TDP of the 1035G1 at 15W so you expect a good battery life and thermal performance considering lower clock speeds.

The 10th Generation Intel Core i5 1035G1 when it comes to day-to-day tasks essential tasks such as Browsing, Streaming, Videoconferencing, and using office productivity workloads such as excel and PowerPoint 1035G1 is a great processor. Now if you want to take on heavier workloads such as video editing, photo editing, or CAD we recommend going for the ryzen 4000/5000 series as the 10th Gen Intel Core i5 1035G1 can’t really compete with its ryzen counterparts in multi-threaded workloads.

Here we will compare the 10th Gen Intel Core i5 1035G1 against the following processors. 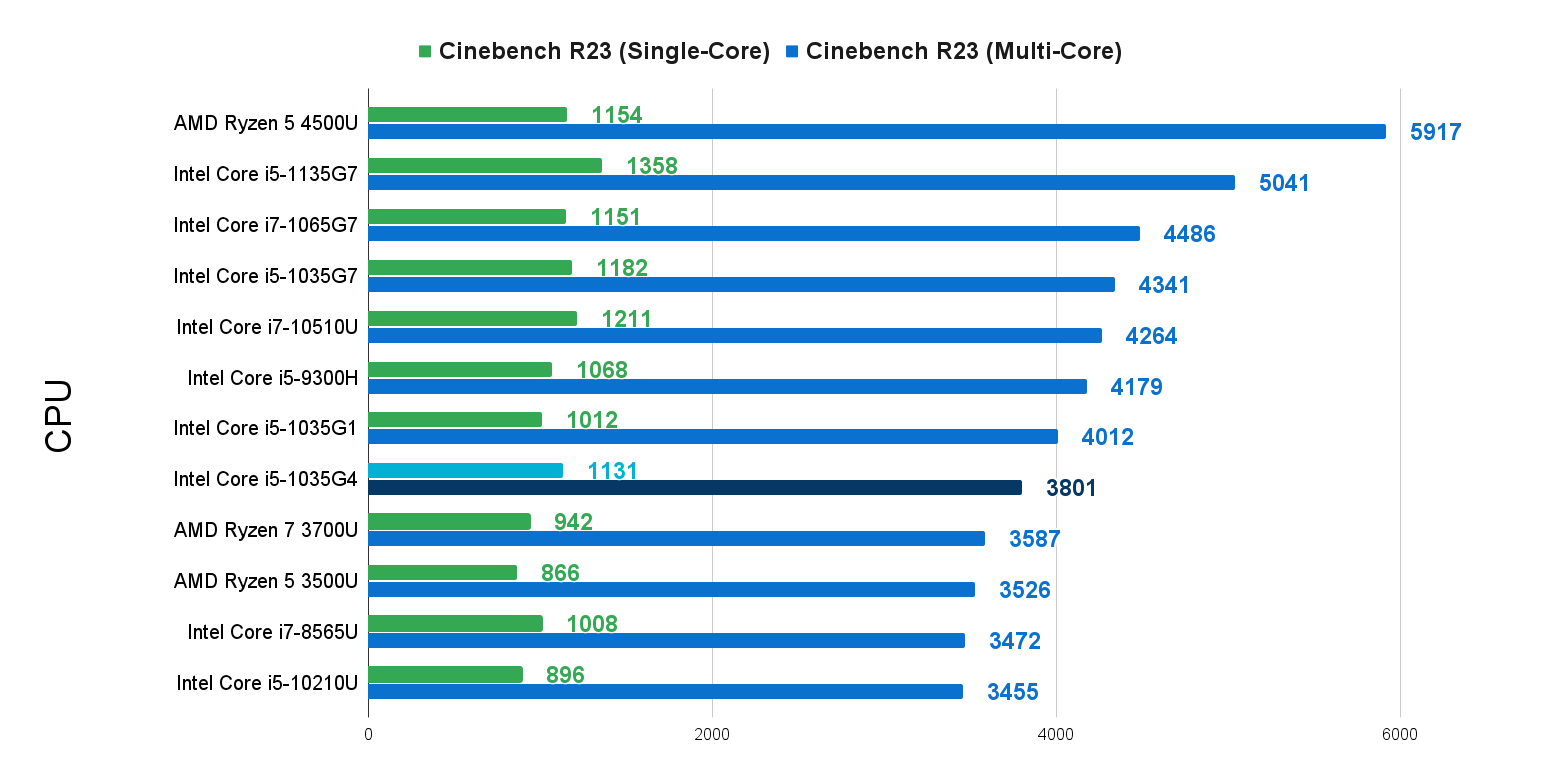 Intel Pentium N4200
Compare
We use cookies on our website to give you the most relevant experience by remembering your preferences and repeat visits. By clicking “Accept All”, you consent to the use of ALL the cookies. However, you may visit "Cookie Settings" to provide a controlled consent.
Cookie SettingsAccept All
Manage consent