AMD Ryzen 9 5900Hx CPU is part of the 5000 series/Cezanne Generation. The Ryzen 9 5900Hx is targeted towards high-performance gaming laptops. The eight-core processor is based on the Zen 3 microarchitecture with a base clock of 3.3 a boost clock of 4.6 GHz and 16 threads. Manufactured by TSMC with its 7 nm process. The TDP here according to AMD is 45 Watts but can vary anywhere from 35 to 54 watts. It also has support for new faster system memory of up to 3200 MHz DDR4 memory and 4266 MHz of LPDDR4 memory though this is great as AMD processors greatly benefit from fast memory and with 16 MB of L3 cache you can expect a very snappy experience.

According to AMD, the Ryzen 5000 series chips based on Zen 3 have made significant leaps in IPC compared to the previous generation with an average IPC gain of 19 percent. When compared with the last-gen mobile flagship the 4900H the 5900Hx gets an increased clock speed (200MHz) alongside the IPC gains. The “X” here indicates overclocking support.

Here we will compare the AMD Ryzen 9 5900HX against the following processors. 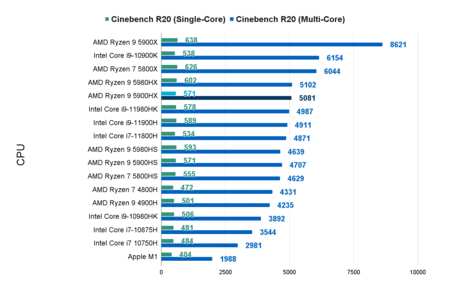 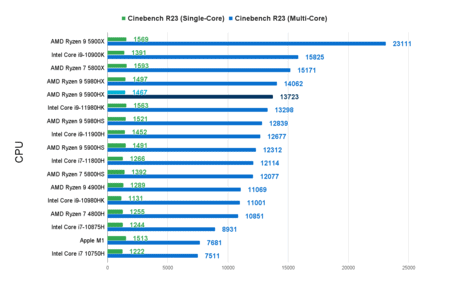 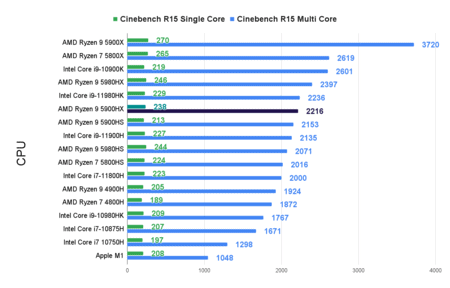 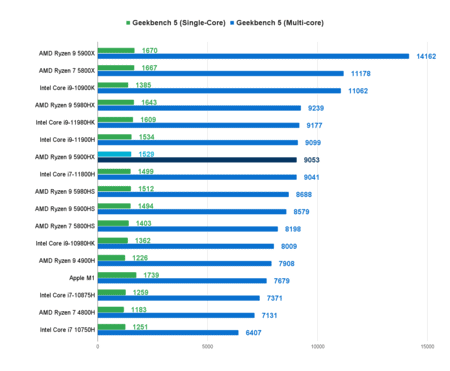 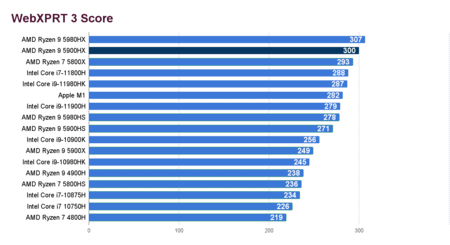 Intel Xeon W-2125
Compare
We use cookies on our website to give you the most relevant experience by remembering your preferences and repeat visits. By clicking “Accept All”, you consent to the use of ALL the cookies. However, you may visit "Cookie Settings" to provide a controlled consent.
Cookie SettingsAccept All
Manage consent